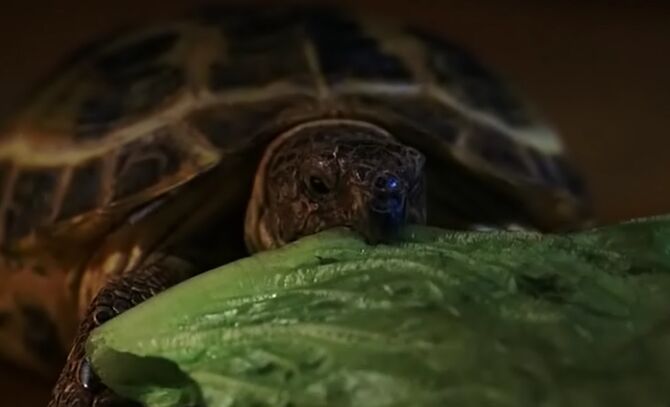 Clyde was previously owned by Len Pontecorvo who Holmes knew from a conspiracy theory forum. Holmes and Watson discover Len is dead so Holmes takes Clyde to The Brownstone. Holmes leads Watson to believe that he will make soup out of Clyde, but later, reveals he admires tortoises.

Clyde usually resides in a terrarium, both at the Brownstone and for a time, at Watson's apartment. He is sometimes used as prop such as when Holmes wakes Watson.

"I hereby forego my right to tell my nonexistent friends that I am pet-sitting a sociopathic tortoise."
―Kitty, "Rip Off".

"Well, my partner puts wool cozies on our tortoise. You're not even approaching weird."
―Watson, "You've Come a Long Way, Baby".

Retrieved from "https://cbselementary.fandom.com/wiki/Clyde?oldid=37666"
Community content is available under CC-BY-SA unless otherwise noted.