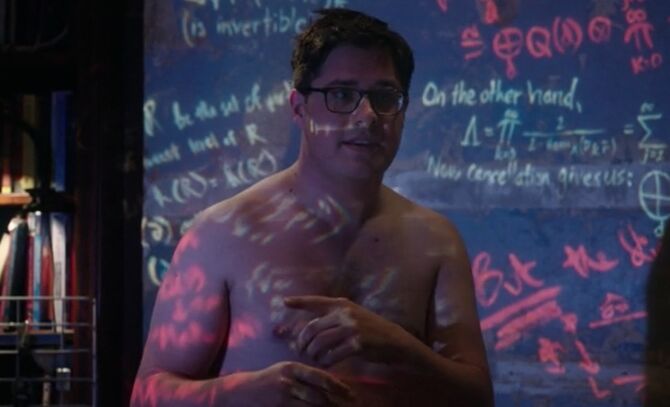 Harlan Emple is one of Sherlock Holmes' "Irregulars." He helps Holmes with cases that require advanced mathematics knowledge and, he likes to work with his shirt off. In 1999, Emple devised a formula for predicting crime patterns in NYC which brought him to Holmes' attention. He is Professor for Applied Mathematics at Columbia University, and holder of the Smithfield Endowed Chair of Algebraic Geometry at the Huntington Institute.

Retrieved from "https://cbselementary.fandom.com/wiki/Harlan_Emple?oldid=35358"
Community content is available under CC-BY-SA unless otherwise noted.