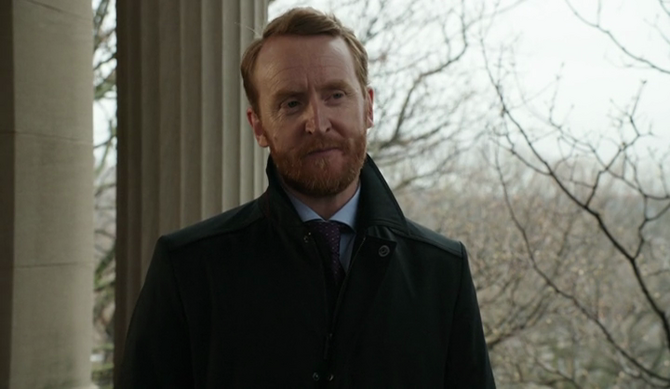 Joshua Vikner replaced Jamie Moriarty as the head of her criminal organization. He is brilliant and ruthless.

Vikner was born in 1969 and attended both Eton and Oxford Colleges where he obtained a double doctorate in Economics and Political Science. He has taught all over the Ivy League and Oxbridge colleges but this is a cover for his criminal behavior. In 2016, he was the chair of Economics at Garrison University in New York City in addition to being senior advisor to the U.N. Fund for Developing Nations.

Vikner had a relationship with Jamie Moriarty and is the biological father of her child, Kayden. After Moriarty's imprisonment he took over her extensive criminal network, but not without some dissension within the organization.

Retrieved from "https://cbselementary.fandom.com/wiki/Joshua_Vikner?oldid=36865"
Community content is available under CC-BY-SA unless otherwise noted.