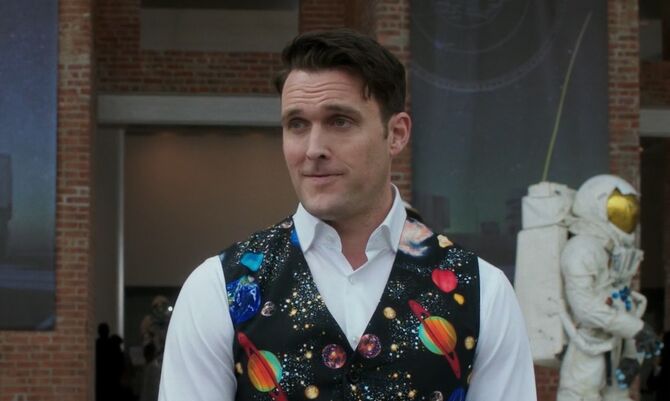 Julius Kent is celebrated astronomer who is the director of the New York Science Center and is frequently on TV. He is one of Holmes' "Irregulars" who he employs on cases requiring expertise in astronomy. Holmes uses him reluctantly as he feels inadequate in Kent's presence.

Kent and Holmes went to boarding school together and Kent still reminds Holmes of a mistake he made when he was eight, namely that he thought the Sun revolved around the Earth. Kent once helped Holmes with a break-in by timing it to coincide with a solar flare. The radio interference enabled Holmes to avoid detection.

Retrieved from "https://cbselementary.fandom.com/wiki/Julius_Kent?oldid=34755"
Community content is available under CC-BY-SA unless otherwise noted.