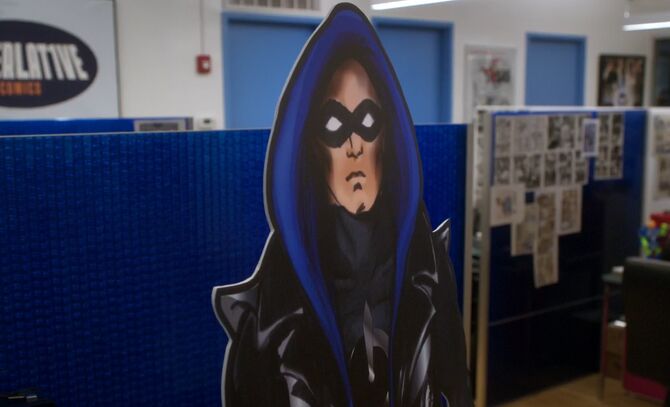 The Midnight Ranger is a comic book character in the Elementary world. Created by Morty Stiller of Superlative Comics, it is over 80 years old and has 648 issues (as of March 2016). The Ranger has no super powers but is an Olympic-level athlete with a very high IQ who dedicated himself to crime-fighting when his fiance, Rebecca Rogers, was murdered. The Ranger's real identity is Danny Dalton.

Retrieved from "https://cbselementary.fandom.com/wiki/Midnight_Ranger?oldid=35031"
Community content is available under CC-BY-SA unless otherwise noted.