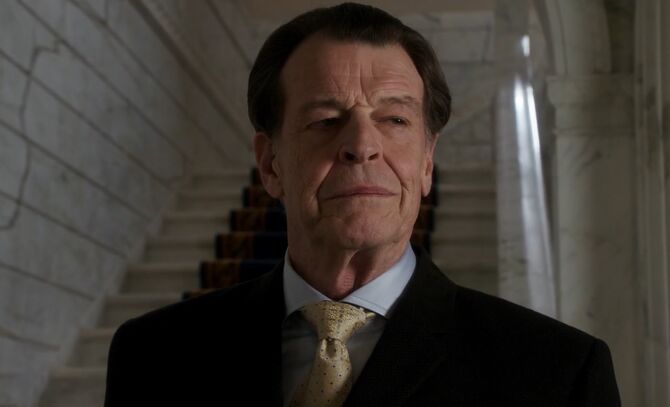 Morland Holmes is the father of Sherlock and Mycroft Holmes. He was married to May Holmes who he banished after she refused addiction treatment. He was wounded and his companion Sabine killed by a gunman.

According to Sherlock, Morland Holmes doesn't care about his son, and only does what he does out of a sense of familial obligations. Sherlock says he is a serial absentee, and that he has been so since Sherlock was a boy. He sent Sherlock to boarding school when he was eight years old. He owns five properties in New York, although he does not live there. When Sherlock becomes addicted to drugs, he checked Sherlock into a rehabilitation facility in New York. After six months, he moved into one of his father's properties. Morland told Sherlock that if he started to use drugs again, or refused Joan Watson's help as his sober companion, he would throw him out of The Brownstone.

"My father does not care about me. He does what he does out of a sense of familial obligations."
―Sherlock, "Flight Risk".

"Father's business exists to grease the skids so that politicians and corporations can operate around the globe. Sometimes these are noble ventures. More often, they are not."
―Sherlock, "Evidence of Things Not Seen".

Retrieved from "https://cbselementary.fandom.com/wiki/Morland_Holmes?oldid=37975"
Community content is available under CC-BY-SA unless otherwise noted.