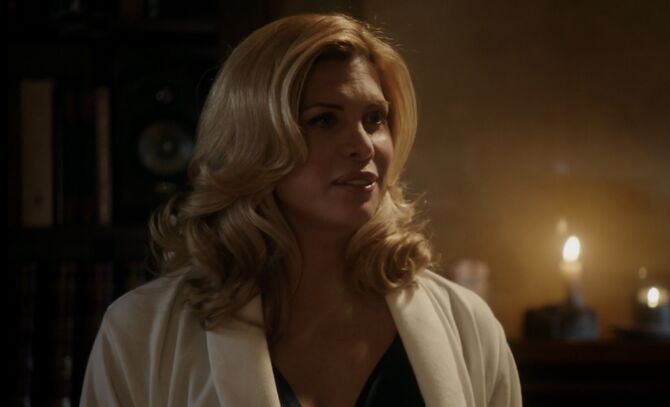 Ms. Hudson works as a maid and sometimes assistant to Sherlock Holmes. Holmes indicates that she has an Oxford don's knowledge of ancient Greek, but she's a complete autodidact. She consulted with Holmes on several cases when he worked for Scotland Yard. Holmes also calls her a "muse" as she consistently finds herself in the company of powerful men in crisis. Watson notices her Adam's apple indicating that Ms. Hudson is most likely a transgender woman.

Holmes tells Watson that he bought a cat named "Purrdy" for his girlfriend Fiona Helbron but the cat didn't like her. Ms. Hudson offered to adopt Purrdy but things did not work out between them so Sherlock had to put an adoption notice on-line. ("Ain't Nothing Like the Real Thing")

Retrieved from "https://cbselementary.fandom.com/wiki/Ms._Hudson?oldid=34754"
Community content is available under CC-BY-SA unless otherwise noted.