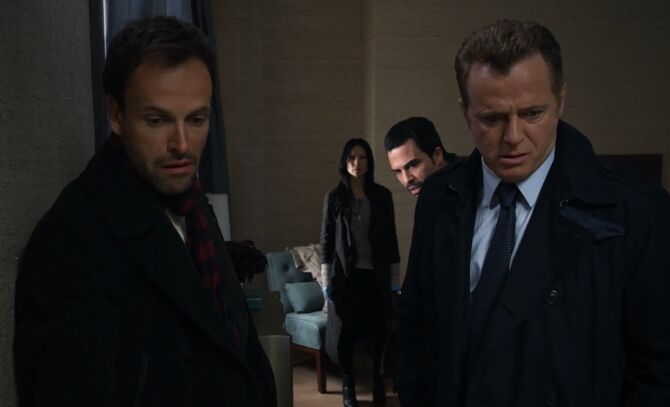 "Do you believe in love at first sight?"
―Holmes first words to Watson

"Mr. Polk, can you tell us where you were last night?"
―Watson's first interrogation question

"You don't hate what I do though. That much was obvious when we talked to Mr. Polk. There was a look on your face. I imagine it was the same look you wore to the O.R. when you were still a surgeon."
―Holmes to Watson

Retrieved from "https://cbselementary.fandom.com/wiki/Pilot?oldid=37058"
Community content is available under CC-BY-SA unless otherwise noted.