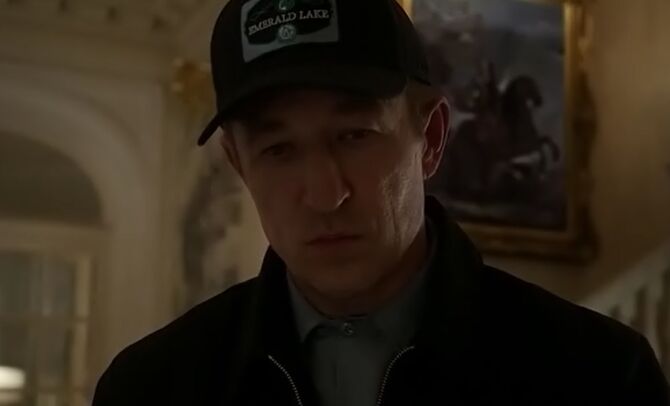 Ruslan Krasnov was an assassin hired by Joshua Vikner to kill Sherlock Holmes' father Morland in 2014 but failed in the attempt, wounding Morland and killing his lover Sabine. He is Chechen and is missing his left thumb.

In 2016, after Morland provides Sherlock with access to Sabine's emails, he discovers a worm which blind copied her emails and sent it to Ruslan. Holmes tells Morland that Ruslan is serving a life sentence in a super max prison outside of St. Petersburg, Russia. ("Who Is That Masked Man?") Several weeks later, Sherlock tells Joan Watson that Krasnov escaped from prison. Watson discusses this with Morland who already knew and denied breaking him out of prison. ("You've Got Me, Who's Got You?") Watson blackmails one of Morland's employees Emil Kurtz to provide info from Morland's organization and discovers that Morland paid off officials in Novgorod to find Krasnov. ("Ain't Nothing Like the Real Thing") Watson reveals to Sherlock the info her mole has provided and that Morland hasn't been telling them about his actions with regards to Krasnov. Morland requested a ring that was stored at The Brownstone from Sherlock which he believes is payment for finding out Krasnov's whereabouts. ("Turn It Upside Down")

Retrieved from "https://cbselementary.fandom.com/wiki/Ruslan_Krasnov?oldid=36870"
Community content is available under CC-BY-SA unless otherwise noted.