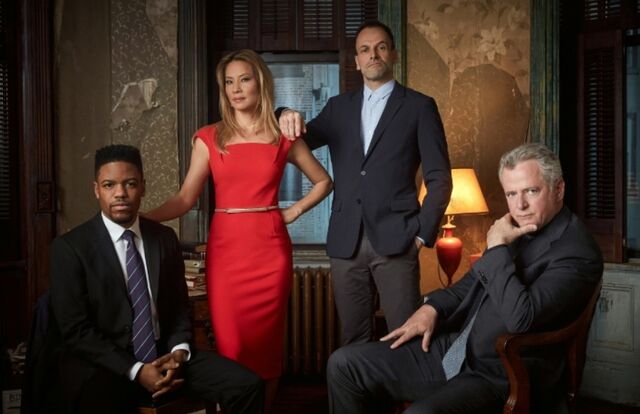 ◄  Season Seven
Premiere: May 23, 2019 — Finale: August 15, 2019 — # of Episodes: 13
Summary: After Captain Gregson is shot, Holmes and Watson deal with a tech billionaire, Odin Reichenbach, who tries to recruit them into his vigilante justice.

Starting the season in London, Holmes and Watson return to NYC. There will be a time jump later in the season. James Frain will play Odin Reichenbach, a foe of Holmes.

Retrieved from "https://cbselementary.fandom.com/wiki/Season_Seven?oldid=38142"
Community content is available under CC-BY-SA unless otherwise noted.