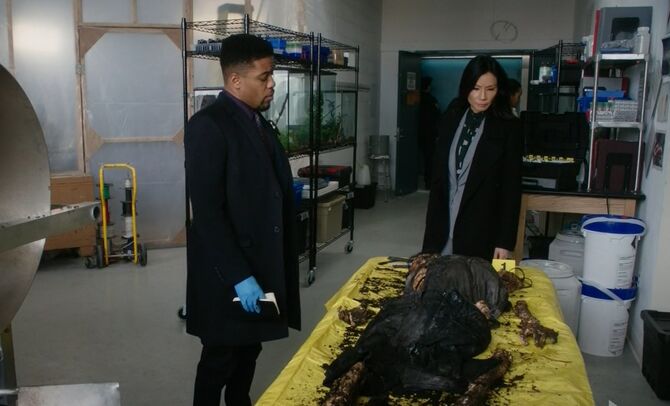 "The name "Sherlock Holmes," it comes with certain entanglements. I'd hate to see you assaulted, kidnapped or murdered 'cause of me. Get yourself a new identity as soon as possible."
―Holmes to his imposter

Retrieved from "https://cbselementary.fandom.com/wiki/The_Worms_Crawl_in,_the_Worms_Crawl_Out?oldid=35263"
Community content is available under CC-BY-SA unless otherwise noted.